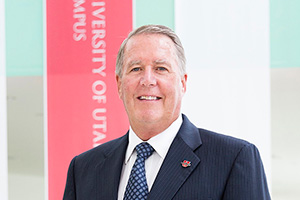 Chief Global Officer
Dr. Chris M. Ireland joined the faculty of the University of Utah as an Assistant Professor of Medicinal Chemistry in 1983. He served as Professor and Chair of the Department of Medicinal Chemistry from 1992-99 and as Dean of the College of Pharmacy and L. S. Skaggs Presidential Endowed Chair for Pharmacy from 2009 to 2014. In 2015, Dr. Ireland was appointed the Chief Administrative Officer of the University of Utah Asia Campus and Associate Vice President for Research at the Asia Campus. While living in Korea for three years he oversaw tremendous growth in the campus and was also active in revitalizing the University of Utah Korean Alumni Association that has more than 2000 members. He served in these roles at the Asia Campus until his current appointment as the Interim Chief Global Officer of the University of Utah in July 2018. Dr. Ireland will retain his appointments as a Distinguished Professor of Medicinal Chemistry and Adjunct Professor of Chemistry. During his 35 years on the faculty he has established himself as a world leader in the field of natural product drug discovery. Dr. Ireland's research program has focused on the discovery of antitumor agents from natural product sources including marine invertebrate animals, tropical plants and fungi. He and his co-workers have published approximately 200 peer reviewed research articles, eight book chapters and eight patents and received more than $25M in extramural research funding. He has trained more than 60 graduate students and postdoctoral fellows in his lab, many of which have gone on to very successful research careers of their own. It is notable that approximately half of his co-workers have pursued academic careers and include among their ranks a sitting Dean of a US College of Pharmacy, a Distinguished Professor of Biochemistry at a major US University and a variety of other leadership roles at Universities around the world. His research accomplishments and international reputation have been acknowledged in the form of numerous invitations to speak at national and international symposia on natural products research and cancer chemotherapeutics. Dr. Ireland has received additional recognition by serving on a number of review panels at NIH including the Bioorganic and Natural Products NIH study section and most recently as a member of the National Cancer Institute’s Board of Scientific Counselors. He is an Alfred P. Sloan Fellow, an American Society of Pharmacognosy Fellow, a 2008 short term Fellow of the Japan Society for the Promotion of Science, and an Honorary Research Fellow of the Queensland Museum Biodiversity Program. His awards include an NIH Career Development Award, the 2006 University of Utah Inaugural Distinguished Graduate Mentor Award, the 2006 University of Utah, College of Pharmacy Distinguished Teaching Award, the 2007 University of Utah Distinguished Scholarly & Creative Research Award, the 10th Webster Sibilsky Award for Contributions to the Field of Medicinal Chemistry, the 2007 Utah Governor’s Medal for Science and Technology, the 2010 Taito O. Soine Award, the 2012 ASP Farnsworth Award, the 2014 Robert F. Borne Distinguished Lecture Award, the 2014 Richard Hutchinson Award Lecture, and the 2014 Paul J. Scheuer award, the most prestigious award in the field of marine natural products. Dr. Ireland has served as the Principal Investigator of a National Cooperative Drug Discovery Group consortium funded by the NCI to discover new cancer drugs from unique natural products sources, and as the Co-PI of an International Cooperative Biodiversity Group consortium funded by the Fogerty International Center to discover new HIV, Malaria and TB drugs from plants and traditional medicines in Papua New Guinea. During his career, Dr. Ireland has been actively engaged in international research and education programs that have supported student exchanges and development of infrastructure for education and teaching at the University of the Philippines, The University of the South Pacific in Fiji, and the University of Papua New Guinea. Dr. Ireland and his wife Mary Kay Harper, who is a research scientist at the U, have four children and eight grandchildren. Three of their children attended the U. Dr. Ireland and Mary Kay have traveled extensively throughout the tropical Pacific Ocean and Southeast Asia. Their passion is scuba diving and underwater photography.
chris.ireland@utah.edu

Associate Chief Global Officer and Executive Director for Learning Abroad
Sabine C. Klahr is the Executive Director of the Office for Global Engagement at the University of Utah. In 2017-18, she served as Acting Chief Global Officer. Sabine is a past President of the Association for International Education Administrators (AIEA), an association serving leaders in international higher education around the globe. She has 20 years of professional experience in international higher education, including positions in education abroad and as senior international officer at four previous institutions. Sabine earned a doctorate in higher education administration from Montana State University-Bozeman in 1998 with an emphasis on international education leadership. Her dissertation research focused on integrating education abroad into engineering education. Her continued research and writing has focused on global partnership development and internationalizing higher education. Previously, Sabine earned a bachelors and masters in botany from the University of Oklahoma and taught in secondary science and outdoor education in Colorado and Montana. Sabine has served on a wide range of boards and committees for AIEA as well as for NAFSA: Association of International Educators, the American International Recruitment Council (AIRC), the German Academic Exchange Service (DAAD), and the Council for International Exchange of Scholars (CIES). In 2010 she received a Fulbright Award to India and in 2017 a Fulbright Specialist Award to Norway. In 2016, she was awarded the AIEA Timothy J. Rutenber Award for her service and leadership in the association. Sabine has authored and co-authored articles in peer reviewed journals in botany and international higher education as well as book chapters and reviews. She has served as a consultant for various entities regarding international higher education. Her experience with international education began when she arrived in the U.S. as a high school exchange student from Germany. From an early age, she spent hours looking at world maps and pointing at places far from Germany wondering what people do there and how they live their lives. She enjoys spending time with her family in the mountains and canyons of Utah and surrounding states, hiking, backpacking, trail running, and mountain climbing. Her interests include environmental sustainability and protection of open space and wilderness, writing, travel, and learning about cultures and people around the world.
s.klahr@utah.edu 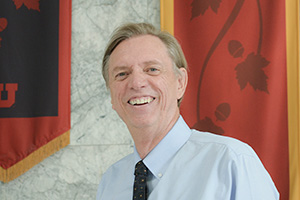 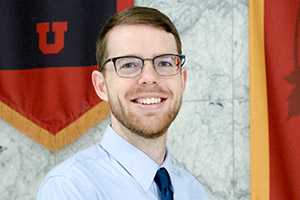 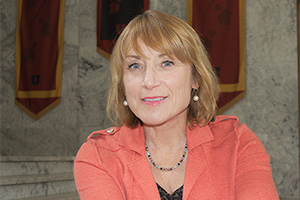 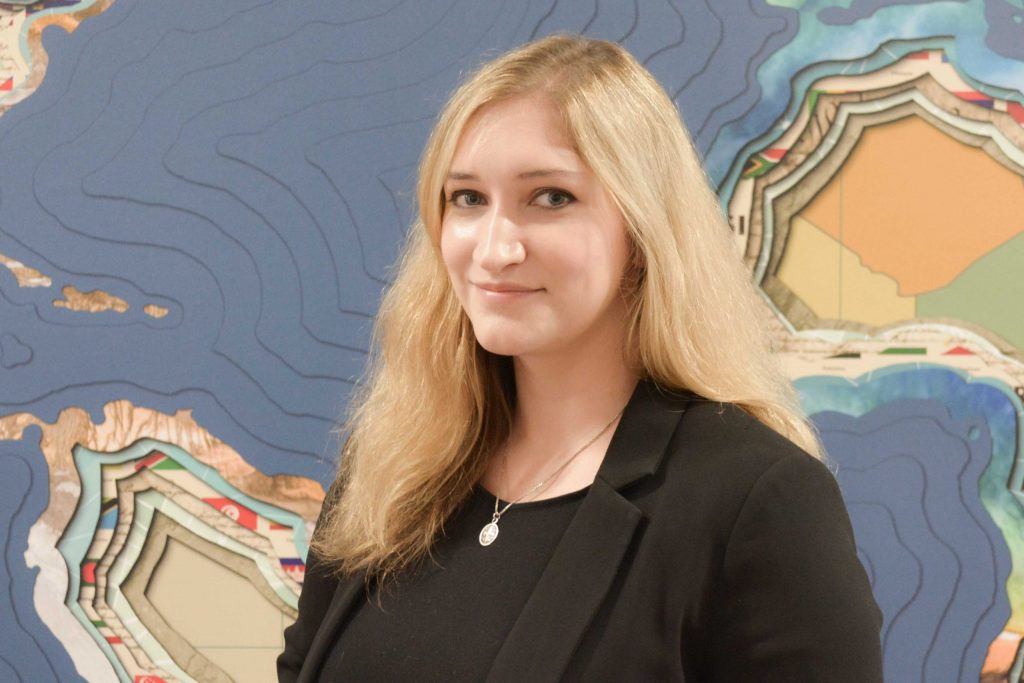 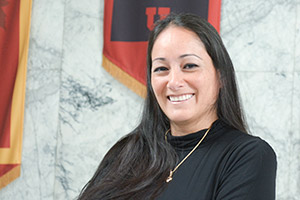 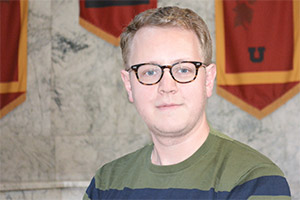 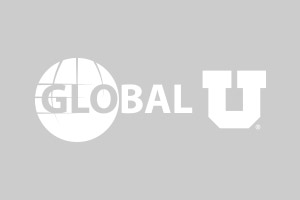 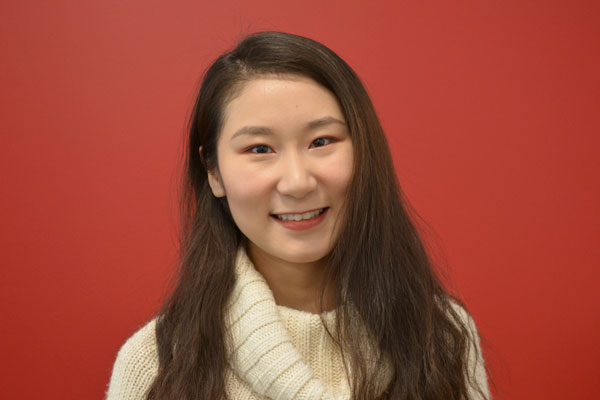 OGE provides leadership, infrastructure and best practices in support of University of Utah global initiatives. Our mission is to serve as a hub for cross-cultural education, outreach and scholarship.

Our vision is to advance transformative learning, scholarship and cross-cultural collaboration through global engagement.